Shakespeare by the Flea (SBTF) is more than a play on rhyming words. It is a section of the Shakespeare by the Sea (SBTS) web site. SBTS is a nonprofit organization (tax ID # 95-4785457) that was launched in 1998 by Producing Artistic Director Lisa Coffi. The inspiration for SBTF was Australian Shepherd, Blazer seemingly riveted, her observant eyes glued to the screen watching classic film Cleopatra. While not yet confirmed, it is believed Blazer’s interest is connected to her familiarity with images of characters and costumes from the previous SBTS production of Shakespeare’s Anthony and Cleopatra. 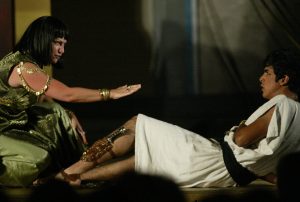 Whether being a dog, or caring for a dog or other critters, flea management is a part of life. Observing an observant dog pieced together SBTF early in 2019. 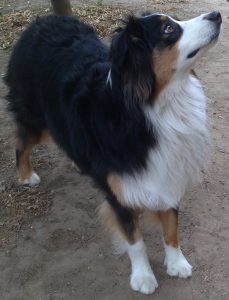 Good dogs or bad dogs, pets bring drama and comedy to our lives. Pairing pictures or videos of critters with Shakespeare is an ideal match. Beyond amusing, ironic, or even poignant, SBTF in a small way can help introduce a wide audience to Shakespeare’s insight that crosses centuries and species.

Enjoy and join in through the web site www.shakespearebytheflea.org and connected social media.

Shakespeare by the Flea Bios 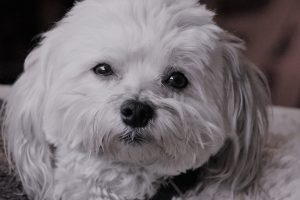 Teddy is an 8 year old Havanese who was born with the soul of a grumpy, 80 year old man. He growls at anyone who walks past the house–but will never go and investigate, preferring the safety of his cushion. He adores his mistress, Shirley, and shows his devotion by following her everywhere and creating numerous potential accident situations by being constantly underfoot.