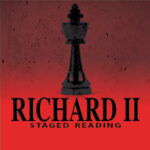 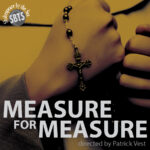 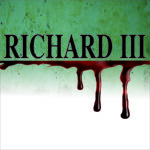 Richard III: Jealous and crippled, Richard of Gloucester wants to be King and uses manipulation and deceit to achieve his goal. He’s backstabbing and murderous, yet so mesmerizing that you dare not look away.
Richard III – Premieres Saturday, June 12 at 2pm
(This will be a fully produced production filmed and streamed.)
Tickets are FREE, Reservations Required to get the link.

Our premiere of Richard III will be followed by a Zoom Talkback with the actors and director Stephanie Coltrin.
Richard III Zoom Talkback – Saturday, June 12 at 4pm
FREE – Get the Link. (limited space available) 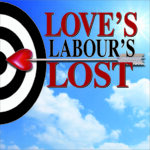 Love’s Labour’s Lost: In this love letter about love letters, a young king and his companions vow to swear off worldly pleasures and devote themselves to gaining eternal fame through scholastic pursuits. When a lovely princess and her ladies visit the palace, their oath immediately proves difficult to keep!

Love’s Labour’s Lost – Premieres Saturday, July 10 at 2pm
(This will be a fully produced production filmed and streamed.)
Tickets are FREE, Reservations Required to get the link.

California’s AB5 bill affects SBTS. If you love our actors as much as we do, then please consider showing your affection by offering direct support to our SBTS Actors with a $25/mo or a full year $300 gift.

We need 200 Terrific People to participate to fill the fund for this year. Become one of our Terrific 200 today! 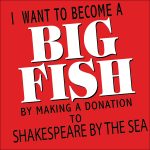 Become a BIG FISH with SBTS by making a donation to support the virtual performances today. All donations are welcome – both large and small – they all add up!

Southern California business owners – we need your support! Just think about how many of your customers are at our shows and will appreciate your support of Shakespeare by the Sea.
Support our Admission Free performances and see your ad here.

Thanks to the following sponsors: