*Please Note: If you use an ad blocker with your web browser, some online newspaper and magazine pages may not be viewable. But they had great things to say about SBTS! 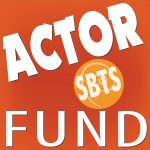