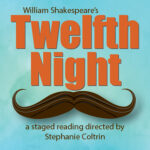 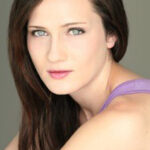 Melissa is excited to be a part of SBTS’s Winter Project. She spent two summers touring Southern California with Shakespeare by the Sea and has also appeared at Little Fish Theatre in Pick of the Vine 2020, the Beer Plays and Bloody Poetry. She has recently finished the first season of her podcast titled Poet’s Return and is preparing to launch season two. (Cast List) 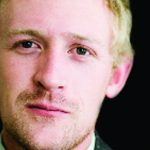 Cy is returning to Shakespeare by the Sea for his eleventh season. Having directed The Merry Wives of Windsor, The Taming of the Shrew and Cymbeline for SBTS he has also directed Boeing Boeing, The 39 Steps and ever popular Pick of the Vine short plays series for the Little Fish Theatre. When not directing for stage, Cy can be found acting and SBTS regulars may recognize him from his portrayals of Hamlet, Romeo, Touchstone, Falconbridge and Julius Caesar over the years. Other stage roles include Lt. David Wills in Taking Sides (Rubicon Theater), Victor Flemming in Moonlight and Magnolias, and Serge from (Civic Light Opera of the South Bay). He also teaches students and directs young actors with the Much Ado About Shakespeare educational program. (Cast List) 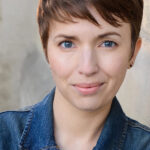 Dana is thrilled to come back to play with Shakespeare by the Sea after briefly understudying in their 2016 production of Othello. Most recently, she appeared as Mercutio in The Porters of Hellsgate’s Romeo & Juliet. LA Theatre: Sisters Three (Inkwell Theatre); Hole in the Sky (Circle X Theatre); A Gulag Mouse, Mr. Burns: a Post-Electric Play, Jane Austen’s Emma Frankenstein (Sacred Fools Theater Co.); King Lear, The Merry Wives of Windsor (Porters of Hellsgate); Brown Buffalo (Company of Angels). Fans of the Bard — check out the webseries Fixing Shakespeare with Communication on YouTube for a quick laugh! Dana is also a writer, comedian, and voiceover artist. danaderuyck.com
(Cast List) 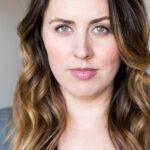 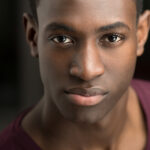 Jonathan is thrilled to be back with Shakespeare by the Sea after appearing the past two summers in Henry V (Henry V), The Comedy of Errors (Antipholus of Ephesus), The Winter’s Tale (Clown) and The Merry Wives of Windsor (Sir Hugh Evans). Jonathan comes to Southern California by way of South Florida, Chicago and Rhode Island, and holds a BA in Theatre and English Literature from Northwestern University. Some favorite recent theatre credits include: A Sad Tale’s Best for Winter (Beating of Wings at A Noise Within); Rosencrantz and Guildenstern are Dead (A Noise Within); Elevada, Tribes and The Eight: Reindeer Monologues (Chance Theater); Macbeth (Sacramento Theatre Company); Henry IV Part 1 (Shakespeare Orange County); and The Cripple of Inishmaan (Torrance Theatre Co.). Special thanks to my parents and love to Anna, Milly and Leo.
(Cast List)

Brendan is thrilled to be returning to Shakespeare by the Sea where he was last seen in The Comedy of Errors (Dromio of Syracuse) and Henry V (The Dauphin). A graduate of Oklahoma City University, Brendan was raised in an Air Force family and is happy to call Los Angeles his home. Other recent credits include: The Lonesome West (Little Fish Theatre); Lend Me a Tenor (Long Beach Playhouse); California Suite (Noisy Nest); A Sad Tale’s Best for Winter (Beating of Wings); Macbeth (House of Bards). Thanks as always to his amazing friends and family. For Dad. www.brendanrkane.com  (Cast List) 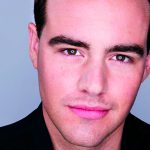 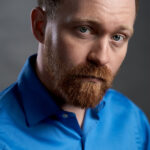 Aaron is once again excited to be joining the SBTS family with it’s virtual production of Titus Andronicus. He is a graduate of the Theatre Arts program at CSU, Fresno, and an alum of SCR’s adult Summer Intensive. His most recent credits include playing Topper and Puppeteer in SCR’s A Christmas Carol, Cambridge and Montjoy in Henry V for last summer’s Shakespeare by the Sea, and Lord Buckingham in The Three Musketeers at the Norris Theatre. Some past favorite roles of his include playing Guildenstern in Rosencrantz and Guildenstern Are Dead and the Fox in The Little Prince. Aaron thanks all of those who encouraged and supported him, making these past few years so memorable.  (Cast List) 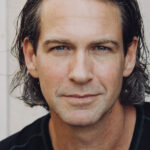 Chris is excited to be returning for his 11th season and 12th show with SBTS.  After earning his BA in Theatre at USC in 1998, he worked 2 seasons in Salinas, California at the Western Stage where he developed his love of Steinbeck. In 2001, Christopher joined SBTS in The Tempest. Years later he returned to join Stephanie, Patrick, Lisa and Cy for the first time in Julius Caesar, and found a Shakespeare family which he has found difficult to leave. When Christopher is not performing Shakespeare in the summer, he works as a high school theatre teacher at Downey High School, where in addition to directing, he continues to share his love of Shakespeare with his students.   (Cast List)

Patrick has been performing with Shakespeare by the Sea since 2002.  He’s played such roles as Macbeth, Iago, Malvolio, Mercutio, King John, Caliban, Leontes, Mark Antony, Bottom and many others.  He also directed three productions:  All’s Well that Ends Well, A Midsummer Night’s Dream, and As You Like It.  Additionally, Patrick is the resident fight choreographer.  He’s excited to take part in this grand adventure, but sure does hope that there is an end to this pandemic soon.  Patrick received his MFA in Acting from the Alabama Shakespeare Festival, and he continues to study with Jack Stehlin at New American Theatre.  (Cast List) 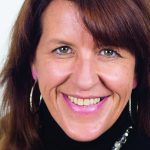 This is Stephanie’s twelfth season having directed Henry V, The Winter’s Tale, Macbeth, Othello, Hamlet, The Tempest, King John, Romeo and Juliet, King Lear, and Julius Caesar in summers past. She also directed Looking, Panache, The Weir, Bach at Leipzig and The Love List at Little Fish Theatre (where she is also Artistic Associate). Other favorite directing credits include The Last Five Years, Moonlight and Magnolias, Taking Sides, Miss Saigon (Ovation Award Best Musical)  Jesus Christ Superstar, Who’s Afraid of Virginia Woolf, Blithe Spirit, The Taming of the Shrew, A Midsummer Night’s Dream, Quilters and Godspell. She has also received the Stage Scene LA award for Director of the Year, the Broadway World award for Best Director, and a nomination for a Garland Award. She looks forward to SBTS every year and is delighted to be back. (Cast List)